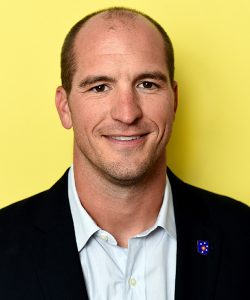 As a MARSOC Raider, leader, and combat veteran, Tyson has witnessed firsthand the dedication and demands on Raiders and their families. His record of exemplary military service enables him to build the network of engagement and support for MARSOC and Special Operations Forces communities. Tyson understands the sacrifices Raiders and their families make and is passionate about building relationships to expand the programs and services vital to success.

The Marine Raider Foundation is confident Tyson is a perfect fit to lead the implementation of the Foundation’s strategic direction and business plan. Prior to joining the Marine Raider Foundation, Tyson served 11 years in the U.S. Marine Corps as an Infantry and Special Operations Officer. During his Marine Corps service, Tyson deployed to Iraq and Afghanistan. Tyson received his B.S. in English from the US Naval Academy, where he was also a letter-winner and starter on the offensive line for the football team.

Founded in 2011 and celebrating its 5th anniversary this year, the Marine Raider Foundation is a 501(c)(3) non-profit that provides benevolent support to the U.S. Marine Corps Forces Special Operations Command (MARSOC). The Foundation supports active duty and medically retired Raiders and their families, as well as the families of Raiders who have lost their lives in service to our Nation.