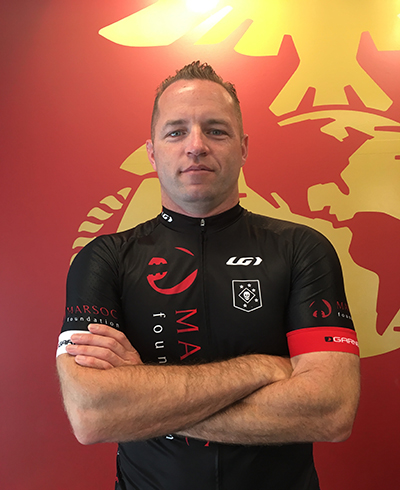 Daniel Dinsmore, with the aid of his dad, Don Dinsmore U.S. Navy (Ret), are helping raise awareness and support in the Pacific Northwest for MARSOC Marines and Sailors.  He served as 1st Raider Bn Transportation Chief from 2011-2014. During that time, he actively competed as a Miles for MARSOC triathlete in multiple Ironman and numerous other events in an effort to raise funds for the Marine Raider Foundation.  He has also been an instructor at Motor Vehicle Operator School from 2008-2011, served with Assault Amphibious School Bn from 2007-2008, and 1st Battalion, 1st Marines from 2004-2007.  He holds a B.S. In Psychology from Washington State University and plans to attend grad school and pursue a career in clinical psychology.