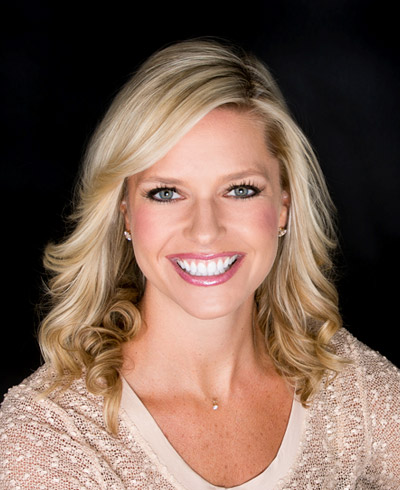 Tappen is one of NBC Sports’ most versatile voices, having served as a host or reporter on many of the biggest events in sports, including the Olympics, Super Bowl, NFL Kickoff, Stanley Cup Playoffs and Final, and Notre Dame Football.

Tappen serves as reporter for NBC Sports’ coverage of Notre Dame Football, and as co-host of Peacock Sunday Night Football Final, an NFL post-game show on NBCUniversal’s streaming service throughout the 2021 NFL season.

During the 2021 NFL season, Tappen served as the sideline reporter for four NBC Sunday Night Football games as well as the Rams-Buccaneers NFL Divisional Playoff Game and the Raiders-Bengals Wild Card Game.

Tappen has also completed four Olympic assignments for NBC. For the Tokyo 2020 Games, she served as host on USA Network from Tokyo. Previously, she served as a hockey host for PyeongChang 2018 and Sochi 2014, and was the beach volleyball reporter at the 2016 Rio Olympics.

Prior to joining NBC Sports, Tappen spent four years at the NHL Network (2011-2015). She originally joined as host of NHL Tonight, the network’s nightly highlight show. Prior to that, Tappen spent five years with the New England Sports Network (NESN) where she was the lead studio host for Boston Bruins games, and reported on the New England Patriots, Boston Red Sox, and Boston Celtics.

In addition, Tappen served as a weekend anchor and a weekday sports reporter at NBC affiliate WJAR in Providence, Rhode Island. She began her career in 2003 at College Sports Television.

In 2014, Tappen was honored with the “Woman of Inspiration” award by the Boston, Mass., chapter of WISE for her values of leadership and mentorship in paving the way for women in the sports industry. Tappen also earned an Associated Press award in 2006 for her sports feature “Swim Meet.” During her time at NBC Sports Group, NHL Live has twice been nominated for a Sports Emmy. In addition, her sports feature reporting has also been nominated for two Boston/New England Emmy Awards by the National Academy of Television Arts and Sciences.

Tappen grew up in Morristown, N.J., and prior to her broadcasting career, she was an Academic-All American at Rutgers University (N.J.), where she was a member of the track and field and cross country team. During her career as a Scarlet Knight, she was a Big East Academic All-Star and the former record holder in the women’s 3000-meter steeplechase.

In addition to her work on air, Tappen is a Board Member on the Marine Raider Foundation, which provides benevolent support to active duty and medically retired Marine Corps Forces Special Operations Command (MARSOC) personnel and their families, World War II Marine Raiders, and Gold Star families whose loved one was lost while serving our nation.

Tappen is also a foster home volunteer for the Guide Dog Foundation, a nonprofit that trains and places guide dogs for individuals who are blind or visually impaired as well as an Ambassador for America’s VetDogs, a nonprofit that provides service dogs to veterans and first responders with disabilities.