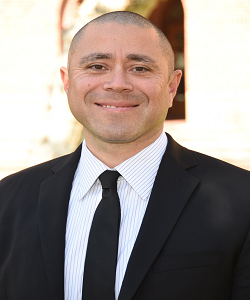 Ariel Elias retired from 1st Marine Raider Battalion,  United States Marine Corps with over twenty-two years of active duty service as a prior enlisted Marine and Officer. He was an EOD Officer who had the honor to serve over a decade with Marine Special Operations Command. Ariel was privileged to serve with 1st Marine Raider Battalion from its early days and deployed to Afghanistan with the first Delta Company in 2008 (Plank Owner). During his time in the service deployed multiple times to Iraq, Afghanistan, South East Asia and Africa. Ariel recently graduated from the Marshall School of Business, University of Southern California with an MBA. Ariel has successfully transitioned and currently works for the Walt Disney Company. He resides in Lake Forest, CA with his wife and children.