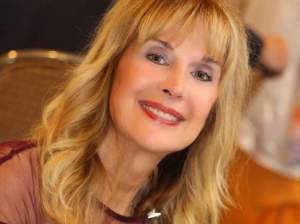 Diana has been involved with  the Marine Raider Foundation since 2013. Diana became active in Veterans Affairs in a quest to obtain military medical pension and additional health care services for her father, Lieutenant Joseph Biafora (Ret.), a WWII Army combat veteran. This was difficult, as many records were destroyed in a fire at the Department of Veterans Affairs in St. Louis, MO. The pursuit took them to the Departments of VA in Los Angeles, Washington, DC and Cleveland, OH. Diana was able to obtain the maximum benefits in health and pension benefits for her father. She has also represented other veterans in obtaining medical and pension benefits.

Diana and her husband Francis are longtime friends of Judge Peter Manoukian and Justice Patty Manoukian, and tragically through their son Captain Matthew P. Manoukian’s death, the Sparagnas became involved with the Marine Raider Foundation. Diana was able to meet former MARSOC Commander Major General Paul Lefebvre (Ret.), and he introduced Diana to Andy and Sarah Christian and then active-duty MARSOC Marine Captain Derek Herrera, now the Foundation’s Board President.  Since 2013, Diana has been actively engaged in raising money for the Marine Raider Foundation,  including obtaining robotic exoskeletons for disabled veterans.