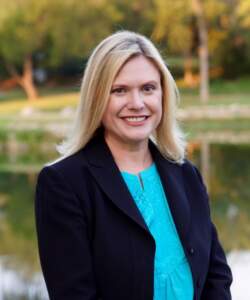 Over the past 20 years, Jessica has been dedicated to serving both in uniform and as a civilian. Jessica served on active duty in the United States Navy for 11 years in the Judge Advocate General Corps.  During her time as a JAG, she served as a prosecutor, White House Social Aide, Legislative Counsel, Special Assistant U.S. Attorney, Counsel at National Naval Medical Center, and aboard an amphibious assault ship deployed to the Western Pacific and the Persian Gulf for eight months.

Following her Navy career, Jessica continued to serve in her role as the Vice President of Programs & Operations for the USO of Metropolitan New York (USO) for 10 years.  During her tenure, Jessica played a key leadership role in the development of operational strategy and led all aspects of mission delivery, providing high-impact programs to service members and their families.  Under her leadership, the USO expanded program delivery reach while diversifying programming to support wounded, ill and injured service members and established facilities into major transportation hubs including JFK International Airport and Newark Liberty International Airport.  During the onset of the pandemic, she reconfigured operations to meet the needs of the entire military family by delivering virtual programming.  Through local and national partnerships she grew revenues and provided the community with opportunities to give back to our military and their families.

Jessica lives in Austin, TX with her husband Brendan (prior Naval Flight Officer) and son, Jack.