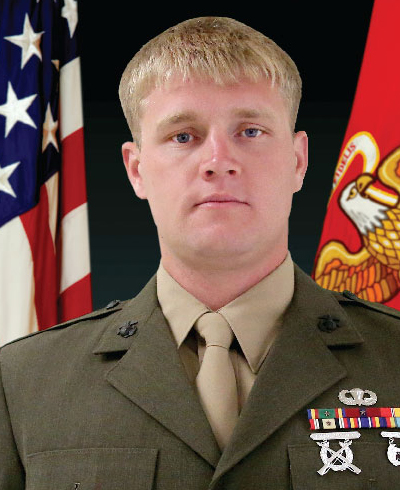 SSgt. Kemp attended Marine Combat Training and Military Occupations Specialty School where he became an Artillery Mechanic, MOS 2131. He was assigned to Combat Logistics Battalion 7 at Twenty-Nine Palms, CA and was a Machine Gunner for Motor Transport Company. SSgt. Kemp was meritoriously promoted to the ranks of Lance Corporal, Corporal and Sergeant during his military career. He deployed in support of both Operations Iraqi Freedom and Enduring Freedom.